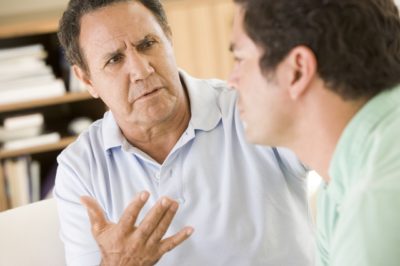 At some point we have had or will have a tough conversation. Whether with a friend, a neighbor, a colleague or a family member, confrontation is never easy.

Because we dislike confrontation, and because it is so difficult, we often do anything to avoid confronting others.

These conversations usually occur because you care about the person, you have been hurt, or you do not want someone else to get hurt.

Whatever the reason, confronting another person is never easy.

The reason we fear such conversations – and the reason it often goes poorly – is because we lack the tools of healthy confrontation.

Let me suggest some steps you can take to help you confront in a healthy way.

Always start with giving others the benefit of the doubt. Begin by letting the person explain why he behaved in such a hurtful way, or why she said such hurtful things.

You don’t always know the reason for someone’s hurtful behavior. Even if you think you know, it is still best to start by letting them explain. For people to explain you must ask questions, not make assumptions.

Separate emotions from behavior. You can easily get caught up in the emotions of a situation and miss the facts of the behavior. Give yourself some time to identify exactly what you are feeling, as well as what you are confronting the person about.

Can you separate the precise reason for confronting this person from what you are feeling? And can you make that distinction during the conversation? Many conversations that were well-intended at the start ended horribly when emotions took over.

Getting lost in the pain and anger of the situation usually results in the loss of anything positive as well.

Start with positives up front and try not to lose sight of them throughout the conversation. After all, the positives are the reason you are risking this confrontation in the first place.

Focus on the issue. Along with separating emotions from behaviors, point two above, dealing only with the problem at hand is probably the most challenging aspect when confronting someone. It is very easy to bring up past behaviors and issues when trying to make your point.

You may have had the experience of confronting a co-worker or spouse and found yourself bringing up other issues to make your point. Or it may have happened to you: you were confronted about one issue, but a non-related issue was brought up by the person confronting you.

Generally when this happens the conversation does not end well. Make every effort to stay focused on the issue. One of the best ways to do this is to write down the precise issue you need to address.

Maintain healthy boundaries. Avoid name-calling, raising your voice, putting down or disrespecting the other person during the confrontation. Always treat the other person in the same manner you would like to be treated.

Confrontations will never be easy or welcomed by most of us, but they are a necessary part of life. Because you have meaningful relationships, you will have to deal with confrontation at some time.

I do believe we can work toward positive and healthy outcomes if we enter into confrontational situations carefully and prepared, applying the suggested tools above.

In the midst of a current confrontation or before the next one comes along, take some time and go over a situation, applying the tools suggested above. Then attempt to have a more healthy and helpful confrontation.