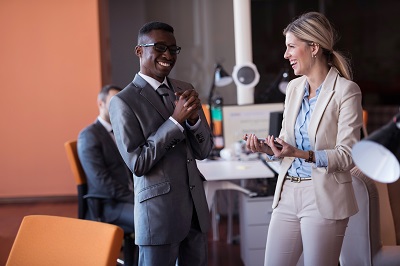 John Maxwell made the saying, “leadership is influence,” famous as trainer and coach of leaders worldwide. But when we talk about leadership as influence precisely what do we mean?

One definition of influence is, “the capacity or power of persons or things to be a compelling force on or produce effects on the actions, behavior, opinions, etc., of others.”

Influence can be derived from one of two places. The one is the use of power and authority that comes with leadership to impel the behavior and opinions you want. This kind of leadership is using position and power to manipulate the outcome you desire.

Leading by this kind influence is best seen among parents with their children. I use the power as a parent to influence my daughter to do what I want her to do with the threat of taking away her access to her iPhone or MacBook. This kind of leadership is necessary for raising kids since we are training them, and they are still mentally and emotionally developing.

When it comes to leading adults, the use of influence has to be different.

A leader should never make her followers feel threatened, insecure or afraid to follow her.

Leaders who lead by influence in this way usually get an appearance of support and respect from followers, when in reality, they receive neither.

The use of power and authority to influence may get you what you want, but you will discover your leadership will be void of loyalty and respect.

The other place influence is derived from is when the leader models to his followers the behaviors, actions and the way others should be treated. A leader should not ask her followers to do anything she is not willing to do herself.

When people feel trusted, respected and valued by their leaders, they will be motivated to do their best work. They will have respect for and support a leader whose mode of influencing is not the use of power and authority, but with humility is showing respect and valuing them.

Here is one way of knowing what kind of influence you are using to lead. How would you answer the following question: If you were stripped of the title, the power to reward and punish, would those you lead still follow you? Would you still get results from them?

Another way of getting a sense of what kind of influence you use to lead is to ask those you lead to be honest with you as to how you influence them as their leader? This will call for a level of vulnerability, honesty and the willingness to hear the truth without being offended. I would imagine since you are asking for the feedback you should not be offended by the answer.

If leadership is influence, what kind of influence are you using to lead?