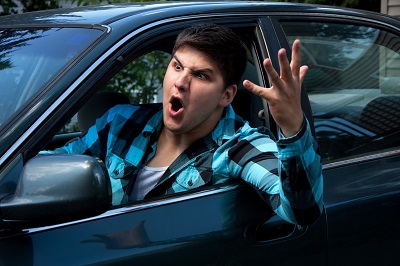 Has anyone ever kept you waiting for an appointment? Have you ever experienced someone cutting in front of you in traffic or at the grocery store?

What went through your mind when these things happened? If you are like many people, you reacted with anger or frustration because the person appeared to disrespect you in some way.

What would be your reaction if you found out that the person was late because they were involved an accident which injured a child? Or what if you knew that the person who cut in front of you had just received news from their doctor that they had terminal cancer?

Again, if you are like most people you likely would have feelings of guilt for being angry or frustrated at them, and you would have greater understanding of their behavior. The reason for your change of feelings and perspective is because, in the first instance you assumed the person was being disrespectful; but when you knew the truth you had a change of heart.

Unfortunately, we regularly make assumptions about people and situations without knowing the facts. This is our unconscious way of responding; that is, responding with our default mode rather than stopping and choosing how we want to or should respond.

This way of responding is the reason for many conflicts and misunderstandings. Making assumptions has led to many arguments, which have led to actions with grave consequences.

Assumptions are judgments made with only your perspective. And you will agree that for any judgment to be fair, you must have both sides of the story.

Choosing your response takes work. If we are honest, most of us find it easier to take the simpler way of making assumptions rather than doing the hard work of controlling emotions and suspending judgment until we know the facts. And even if we don’t know the facts, it can still be a struggle to give others the benefit of the doubt.

How do you move from making assumptions to choosing a response based on the facts?

Get in the habit of controlling your emotions. Avoid saying the first thing that comes to mind, which is usually an expression of your emotions. Give yourself time to explore your feelings and separate feelings from facts. You will be pleasantly surprised at how differently things look when you are able to control your feelings as oppose to being controlled by your feelings.

Try to get the facts before making a judgment. This takes time and can be hard work. Learn to ask questions of people about their behavior before making a judgment. Do not assume that because you saw certain actions, you know the reason for the behavior. A person with slurred speech could be drunk, having stroke or living with a speech impediment.

Making assumptions has the tendency to lead us to the wrong conclusion. If you want to be known as a person who is fair and always seeks the truth, you must avoid the easier road of making assumptions. Embrace the hard work of controlling your emotions and getting the facts before passing judgment on a person’s behavior or attitude.

What assumptions have you made about those around you that have led to strained relationships? Commit to seeking the facts by asking questions to come to fair judgment. This may not be easy, but it is necessary if you want to avoid further damage and move toward repairing damaged relationships.